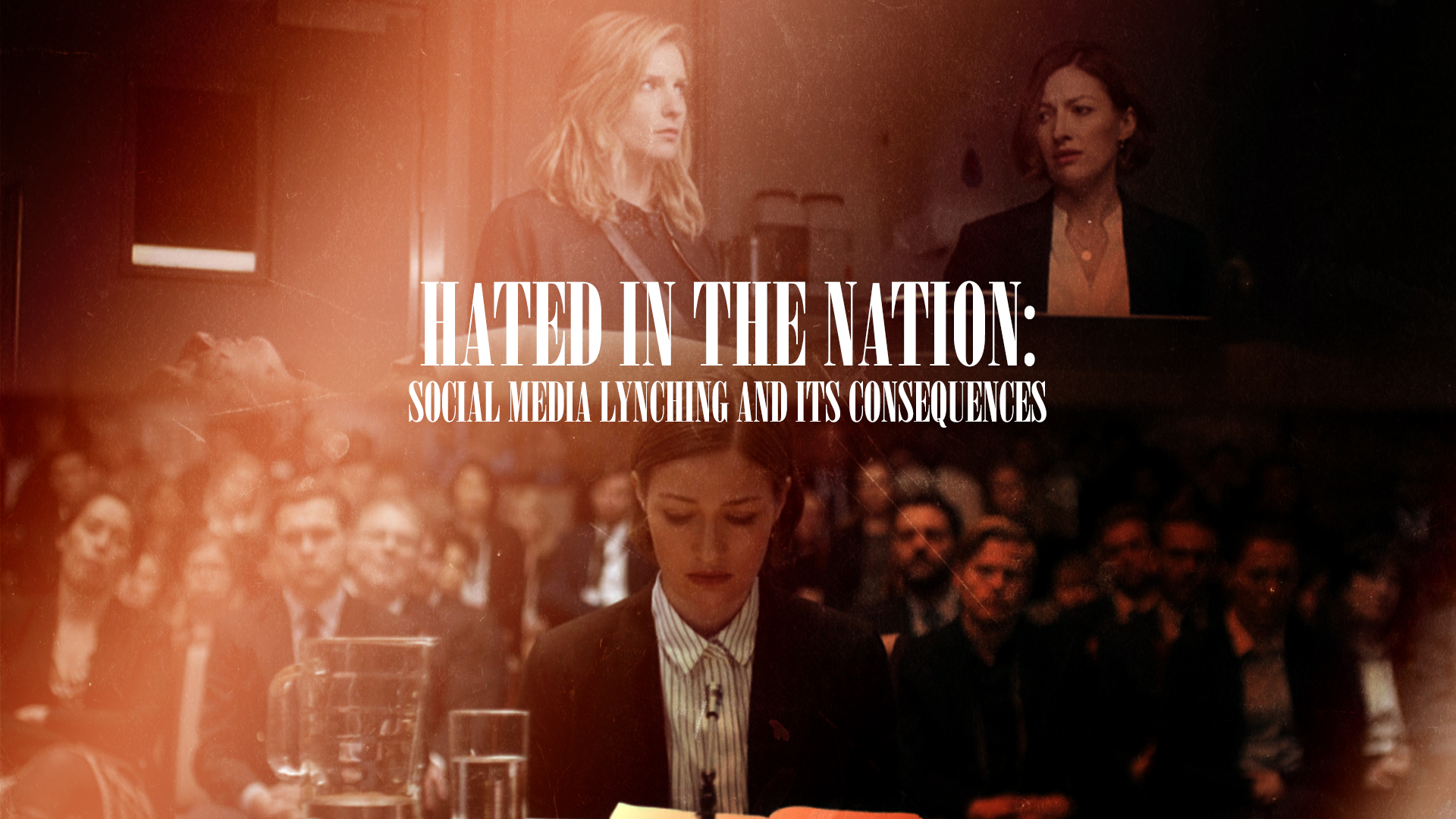 Netflix’s Black Mirror has always been fixated on technology. No matter how useful, shiny, or fastpaced the future gets, it will eventually eradicate humanity and mess up our lives, relationships, and everything else under the sun. Season 3’s final episode, “Hated in the Nation,” is no exception. The episode was directed by Charlie Brooker and had a 90-minute runtime.

Social media has proven itself to be useful, from connecting with friends, conducting an online business, and just generally being able to share your life with people who have the same interests. However, it can also become deadly technology.

There is a reason why people suddenly go viral on the Internet. It is either they did something so good that the people cannot stop talking about them or something so wrong that people want them to be dead.

“Hated in the Nation” follows the investigations of Detective Chief Inspector Karin Parke (Kelly McDonald) and her tech-savvy new partner Blue Coulson (Faye Marsay). They trailed a string of deaths caused by little robot honeybees, or Autonomous Drone Insects. A private tech company created these ADIs due to the ecological extinction of honeybees. The catch-22 is that hackers can reroute the ADIs to attack and kill specific people because of the security hole requested by the UK government.

The idea of a government running drone fleets for the surveillance of private citizens is already terrifying, but Black Mirror does not stop there. “Hated in the Nation” tackles another technological plague: cyberbullying.

In this episode, a viral Twitter game called “Game of Consequences” crowdsources death by asking users to choose the bees’ next victim with the hashtag #DeathTo where users singled out by the hashtag are often “people who have been bad online,” including users who peed on war monuments, wrote clickbait, or blatantly told a fan that they are not going to be a great dance artist someday. They are then subjected to online shaming with people tweeting the hashtag with their faces, sending them death threats, and making petitions to end their careers.  The name and picture that was most tweeted with the hashtag are chosen, and a single bee or several bees attack them until they suffer from a seizure and eventually die. The robotic bees attack the pain receptors of humans.

We were presented with people like Jo Powers (Elizabeth Berrington), who criticized a disabled rights’ activist for her recent self-immolation, Tusk (Charles Babalola), who insulted a young fan, and Clara Meades (Holli Dempsey), who peed on a war monument. This episode makes us question how far our online actions can go.

‘Hated in the Nation’ puts the audience in the spotlight by making them accept that technology, without question, is mostly wrong and that people are mostly bad as well.

Lynching is defined as an extrajudicial killing by any group. It is used to characterize informal public executions by a mob to punish an alleged transgressor, punish a convicted transgressor or intimidate (Wood, 2009).  It can also be an extreme form of informal group social control conducted with the display of a public spectacle for maximum intimidation. At present, social media lynching became a way to call out wrongdoings of celebrities, journalists, and sometimes just ordinary people who did something terrible.

In a classic instance where life imitates art,  there was one social media lynching that caused an actual death. This happened in the Dhule district of northern Maharashtra in India, where a mob of 3,500-plus villagers gathered outside an office, broke open the locks, and killed five agricultural laborers on the suspicion that they were ‘child-lifters’ or kidnappers. Fifteen more lynchings were reported over the course of 2 months in 2018 in India, due to the widespread rumors in the instant messaging app  Whatsapp. The rumors pinpointed people who are believed to be kidnappers. Mobs used these rumors to justify killing people.

Black Mirror shows us the power of social media and its links with vigilantism, where people use their brand of justice to ‘execute’ people.

One of the most notable things in every Black Mirror episode is how the show portrays people online and those outside the confines of the online world. One of the hateful tweeters, a seemingly rational preschool, demonstrates that these terrible people online are “normal” people with fulfilling careers. They might be bakers, police, artists, students, and the like. The episode’s point is that people’s representations online are disconnected from their real lives. However, the teacher’s storyline failed to resolve the issue of why she was convinced that tweeting about murdering someone and even chipping in to buy them a cake was nothing more than a good joke.

The episode was set in a world where everyone is at fault: the victims, the tweeters, the hacked bees, and the mastermind behind the whole thing. The moral dilemma in the “Game of Consequences” is not “which people truly deserve to die,” but how the players will react once they find out that the hashtag gives them the power to enter other people into a lottery of death. It carefully tackles the possibility of online actions firing back on the people willfully contributing to public executions.

These instances are more noticeable nowadays because of the assumption that justice will be served once people gather and hate the same person at the same time.

What people might think as “harmless” tweets can turn deadly when a thousand others chime in for the same desire to execute other people for real or imagined slights. These instances are more noticeable nowadays because of the assumption that justice will be served once people gather and hate the same person at the same time. Although in some cases, online shaming is a useful way to expose the wrongdoings of individual personalities, we must know when we should be able to stop and think about our words and actions.

“Hated in the Nation” makes us realize that our actions will always have consequences.

The real-life dilemma is seeing the worst parts of ourselves reflected in the computer screen and doing something about it. It shows us how ugly it can get when people can’t control their anger towards another human being that made a mistake. It is what makes cancel-culture toxic and why we need to assess different sides of the story before we can fully make our opinion on it. Acting on impulse and hate, much like the characters in the story, can only lead to a bigger problem.

Forgiveness can go a long way, and the proper way to address some issues is to stop giving them the attention that they need. Always remember that our actions, how little they seem to be, can always fire back on us when we do not think before we click.

Kayla Nicole Togonon is a writer, campus journalist, bookworm, and an entrepreneur. She is the current editor-in-chief of Vox Populi PH, a local platform for aspiring young writers and critics. Kayla enjoys spending her time critiquing and cooking. Her column, The Wallflower, will tackle opinions and criticisms about pop literature and culture. Catch up with Kayla via Minds and MeWe.